Creepy Transport Stories That Will Freak You Out 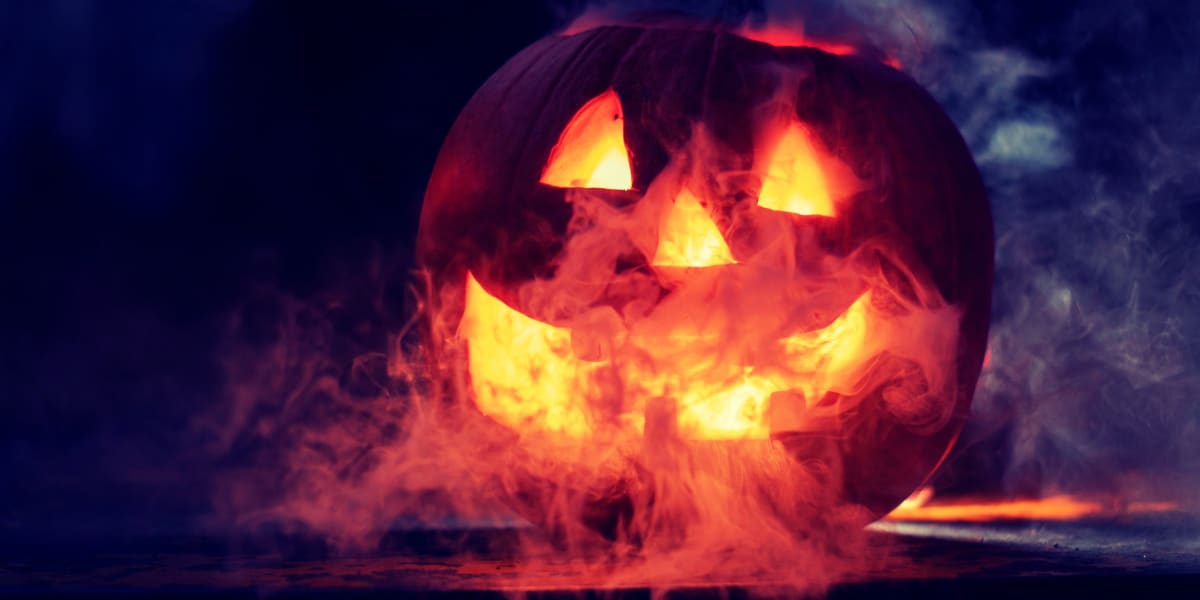 You might think that it’s just hotels, old buildings and graveyards that creepy ghost stories originate from. It turns out this isn’t the case. There are so many ghost and creepy transport stories that will leave a shiver down your spine this Halloween.  After reading these you will not have any problem staying in this Halloween.  We’re not going to lie, some of these stories have definitely made us think twice about heading out to trick or treat this year too!

If you’ve seen Harry Potter, then you’ll know all about the Knight Bus. Long before Harry Potter (and maybe it was a source of inspiration?) was the Phantom Bus of London. The number 7, red double-decker bus has been a Halloween story of legend since 1934.

According to legend, the first sighting was when a motorist met his demise driving late one night. Out of nowhere, the driver seemed to swerve and drove straight into a wall, killing him instantly. Witnesses later described seeing a ghostly bus driving down the centre of the road, which they firmly believed caused the crash. However, the bus simply vanished.

Many years followed, and several other sightings were reported backing up the original witness claims. The same red ghost bus would appear in Cambridge Gardens at exactly 1:15 am. No driver. No passengers. It would inexplicably career down the road, causing frightened motorists in its path to swerve out of the way and crash.

The ghost bus hasn’t been sighted since 1990.  Many believe that this is because the curved road leading up to the infamous intersection was straightened preventing the red double-decker from completing its journey.

Back in 1730 there was a famous highwayman called Dick Turpin. To say he didn’t have the best of morals would be an understatement. He would torture, steal and kill, taking with him everything he could grab. He was eventually caught and sentenced to death in 1739. Turpin took things into his own hands, by cheating the hangman by throwing himself from the gallows, committing suicide.

We will never know the truth behind many of the stories surrounding the highwayman, but the way in which Dick Turpin’s death happened makes many uneasy around Halloween. The reason, is that along the A4 Bath Road near Heathrow airport, was where the infamous Dick Turpin lived. Here he would wait and rob the stagecoaches going to Bath from London. This area, long before the airport was built was known as “Heath Row”.

His spirit is said to still haunt the land. Reported sightings have been traced back to a time even before the airport was even constructed. People in recent times have reported sightings of a black stallion, and a dark figure in period clothing and tricorn hat standing in the main terminal. In the same area, many have claimed to have seen a spirit figure of a rider, sitting astride a black horse, dressed in a tunic and again a black tricorn hat. He is said to remain quite still, partly obscured by the trees.

Could this be Turpin’s nefarious spirit lying in wait for that unsuspecting stagecoach to pass by?…

The Most Haunted Roads

Driving in the dark can be scary enough but it seems some drivers have reason to be afraid. There are several spooky, haunted roads throughout the UK. We’ve all heard of haunted castles, hotels and now airports, but not many have considered that the roads themselves are haunted. Whether you believe in ghosts or not, these stories will make you shiver…

In the last few decades there have been numerous sightings of ghostly figures stood in the road on Blue Bell Hill. The most reported sighting has been that of Judith Langham who was a young bride to be, killed in a car collision on the day of her wedding on November 19th 1965. She was just 22. According to witness statements, she haunts the road wearing a white dress, startling drivers who believe they have hit or injured her. When they run out of the car to help, she has simply not there any more…

The A467 between Abertillery and Aberbeeg is home to several ghost stories and strange experiences. It is a lovely stretch of road overshadowed by trees. There are numerous creepy stories along this stretch of road, but the most famous of them is related to a true crime which was committed in the early 1990’s involving the ghost of a local policeman, Hosea Pope.

At 11pm on 14th July 1911, PC Pope attempted to detain a notorious rogue by the name of James Wise. He had been causing a lot of trouble by throwing stones. The two fought. Pope dropped to the ground, and died. Reports later stated that he had died from heart failure. But suspicions ran thick and fast and the community were hugely sceptical. Wise escaped the death penalty but was given five years penal servitude for manslaughter.

Since that fateful night, reports have come in thick and fast of people seeing PC Pope on his usual beat, wearing a cape and tall hat. One man has even claimed to have seen this figure walking towards him, staring him in the eye before taking a pocket watch out of his cape. Then, a high pitch scream echoed through the woods, making the figure slowly turn around and head into the woods. Despite being petrified, the man followed, only for the figure to disappear in front of him.

This road shares the name of the Devil. Given the nature of this article, unsurprisingly several accidents have happened along this stretch of road.  They are reportedly caused by sightings of a hunched-over figure limping at the side of the road. In 2015, dashcam footage emerged revealing a white creature appearing out of nowhere on the deserted road. The video shows the figure slowly approaching the terrified driver while the passenger cries for help.

Pitt Lane in Westhoughton runs close to the site of the 1910 Pretoria pit tragedy. This tragedy killed 344 miners. Many motorists have reported many disturbing sightings along this road including dark sets of eyes staring at them as they were caught in traffic.  Motorists have also reported seeing slow walking miners alongside cars, some even pulling coal wagons behind them. Sightings continue to this day.

Part of the M6 has existed for almost two thousand years. It was used by Roman soldiers during the Roman occupation of England 55BC. Motorists have reported seeing unusual sightings.  This has included seeing Roman soldiers marching across the road and some have even gone as far as saying when they were waiting for roadside assistance, that a set of eyes were looking back at them through the bushes.

Transport for London over the years has encountered many terrified passengers with countless reported claims of paranormal activity. Passengers have seen, heard and experienced things which they just can’t explain.  It’s left them terrified. Some believe there are all explanations to all their stories, but if you dig a little deeper, it’s clear all might not be as logical or straight forward as it seems.

Whilst building the London Underground, workers would often accidentally unearth several mass burial sites. The tube system does indeed as a result pass through many burial grounds and plague pits. If you use the tube, we’d recommend stopping reading right about now…

During World War II, Bethnal Green was used as an air raid shelter as it was one of the few deep-level tunnels in the East End. It saved many lives, but the station itself became the site of tragedy.

On March 3, 1943 a human stampede caused by a sudden panic from hearing a nearby anti-aircraft battery firing, caused a horrific crush. 173 people died from asphyxiation and this disaster became known as the “deadliest civilian incident of World War Two.”

Continuing today, staff at Bethnal Green claim that they often experience paranormal activity during their night shifts. Reports have even included hearing children sobbing and of hearing screams of male and female voices.  They also report noises which could not be identified. Then, once 10 minutes has passed, everything goes quiet.

Her brother worked many years ago at the Bank of England, and he was hung for committing forgery. Following his death, it was reported that Sarah Whitehead would often visit the bank in a long black dress and matching full face veil, asking for her brother. When she died, her remains were interned in a plot behind the Bank of England.

However, there is another event which makes Bank Station one of the creepiest to travel through. Bank Station itself is built upon an old plague pit. Some believe, that this is why additional spirits also haunt its underground tunnels alongside the Black Nun which is why the station just has that eerie and creepy feeling that something just isn’t right.

Liverpool Street Station was also built upon a plague pit.  The station has been host to a lot of paranormal activity, some of which has been caught on film. There is apparently a frequent ghostly visitor to parts of the station, often the eastbound central line platform during closing time. There have also been strange figures caught on CCTV cameras in the dead of night. Staff have even talked of a man in overalls waiting for a train that never comes. When staff approach him, he disappears.  We wouldn’t recommend walking around here late at night alone!

Thanks to these creepy transport stories the team at Road XS have now all decided we will only travel during daylight hours. When you dig a little deeper some of the stories just get even more creepy.  If you have any creepy transport stories you’d like to add to the list get in touch.  We would like to wish you all a very Happy and safe, Halloween!  We’ll get back to creating virtual ghosts now and shake some of these stories off with a pumpkin spiced latte.