Is the Future Too Soon? 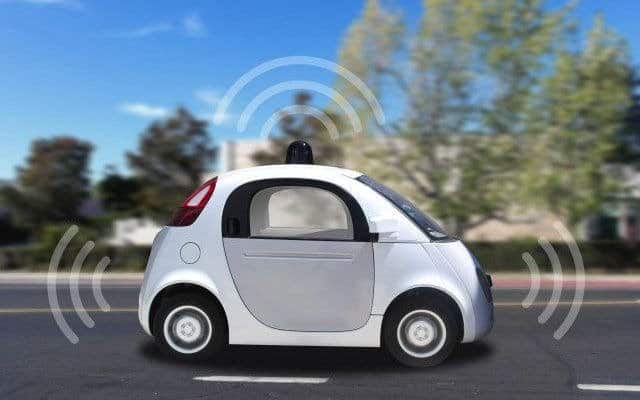 By now, no doubt you have formed an opinion relating to driverless car technology (autonomous driving) and whether it’s a good or bad thing for society.

Volvo have been developing assisted driving and now ultimately autonomous driving systems for years.  They are aiming to make mobility safer, sustainable and more convenient (find out more here).  They are developing their future vehicles to operate and navigate without human input, equipped with sensors that read the surroundings and adapt to changing traffic conditions.  They have also been working closely with Waymo (the Google company) to deliver new modes of transport -again with the aim of moving people safely.  Safety afterall is what the Volvo brand are known for.  Volvo have already promised no deaths in any of their vehicles by 2020.  The thing is – they will get there with that one.  Little is it known that their vehicle, the XC90, which was first launched in 2002 and remodelled recently has never had a fatality.  That’s before using the technology now available today!  We never do hear the good news in the media do we?  Just think how many journeys have been had in that vehicle across the world since then!

Would passengers feel comfortable being driven by a stranger?

The truth is, while vehicles are not fully autonomous on our roads yet (nor are they allowed to be legally), we have been living in an assisted driving world for the last 5 years, if not more.  The problem at the moment is people are unsure of where in reality the technology is at and to what standard.  There have been numerous stories in the media relating to crashes involving autonomous vehicles yet the majority seem to have been caused by the driver not paying attention to the road despite being given instructions to do so.

RELATED:
Podcast: The Pros and Cons of GPS Technology

The issue arises with the media hyping up the capabilities of autonomous driving when it’s not quite there yet.  It’s the future – but too soon.  This is leaving drivers confused and over-informed about what constitutes assisted driving and autonomous capability within the real-world safety requirement of our over populated roads.  One thing’s for sure, our roads are already safer due to assisted driving and worst case will continue to get safer in that respect whether we’re driving behind the wheel or not.

So what does this all mean for community transport services?  Is the future an autonomous bot rolling up to the door and taking someone where they need to go completely?  We don’t think so.  Community transport services are much more than just getting people from A to B.  It provides friendly interaction, support and mobility to those who otherwise would not be able to receive it.

Despite advancements in technology, the only benefit we see to community transport are the safety benefits provided to the passenger and driver.  Autonomous driving could indeed improve the interactions the passenger has with the driver as they are able to provide the passenger their undivided attention and not have to focus on the road, but does that not make community transport more of a guided tour as they get to their destination?  Food for thought!

With community transport services increasing in demand, there is a long way to go before we see the end of the passenger/driver relationship.  Not only that, there is a giant legal precedent to be had over the legality and insurance facing autonomous driving.  That could take longer to work out than the technology itself!

There’s a bigger question too – would your passengers feel comfortable being driven by a stranger?  Be it that it would be artificial intelligence developed by thousands of workers over numerous years?  Imagine getting in a car and being told the latest improvements have been made to your vehicle – have a safe trip!  Were you not safe before?  It put’s our what’s new cloud refresh updates in perspective when you look at software updates controlling the safety of people’s lives.

Time will tell what happens to community transport services…but it’s closer than we think.