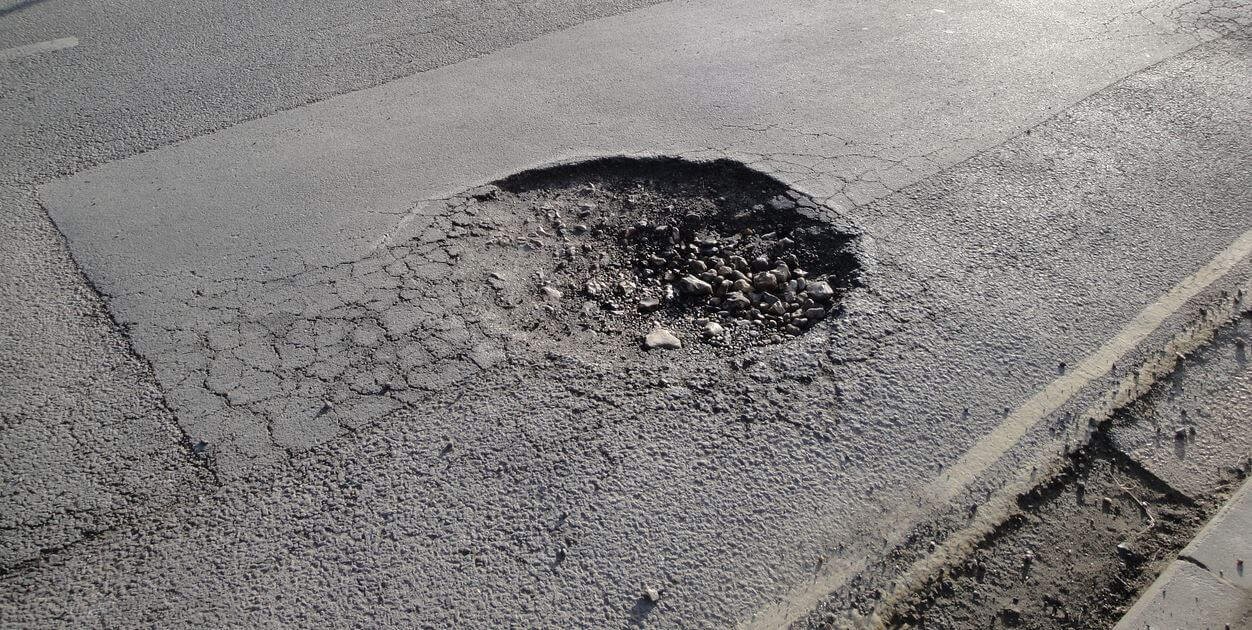 Potholes estimated to cause as many as 1 in 10 mechanical failures on UK roads and costing motorists an estimated £730 million every year. A number of volunteer drivers have announced annoyance at the state of some of the UK roads they travel to assist passengers to their locations. There is some good news however.

£100m is being shared among councils in England to fund repairs to roads damaged by recent storms, the transport secretary has announced. Chris Grayling has stated that money would help patch up nearly two million potholes and protect roads from future severe weather conditions. The annoumcement comes in the wake of Storm Emma and the “Beast from the East”.

Devon has already been given the largest sum at £4.5m, on top of £2.5m it had already received to repair the A379 as soon as possible. Norfolk and North Yorkshire councils have each been allocated more than £3m. Intereatingly, Birmingham, Sheffield and the Isle of Wight were not given any money. The transport secretary has said the funding would allow councils to repair roads so that “all road users can enjoy their journeys without having to dodge potholes.”

“Significant damage is being caused to local roads because of delivery vans.”

An additional £900,000 is being given to local authorities to trial technology to prevent further damage to roads before it occurs. The government said the £100m cash was on top of the £6bn it was investing in improving local roads across the country and the £75m funding it has already given this year to councils from a “Pothole Action Fund”.

Are We Seeing More Potholes Than Usual?

Some are suggesting that there has never been as many potholes on the road as there are today. So are we seeing an increase in Potholes? The short answer is yes.

The Local Government Association has stated that the rise in online shopping is causing in significant damage is being caused to local roads because of delivery vans. According to the LGA: “Analysis of new figures by the LGA reveals that, over the last five years, LGVs traffic has increased by 20 per cent from 41.4 billion vehicle miles travelled to 49.1 billion, while shopping online has jumped by almost a quarter (23 per cent) in the last year alone, hitting £8.4 billion in 2016/17, up from £6.8 billion 2015/16.

However, RAC Foundation research suggests delivery vans are only a small part of the problem. Steve Gooding, director of the RAC Foundation, said:

“The sheer weight of traffic is certainly wearing out our roads but its probably not fair to put all the blame on delivery vans. These make up only around 5% of the four million vans licensed, though they do account for about 10% of all van mileage and this is likely to increase.

“On the plus side the more shopping we do online the fewer journeys we are probably making to the shops. In 2016, an estimated 1.8 billion parcels were delivered to people’s homes, the vast bulk of them as a result of e-commerce.”

Couple this with the recent winter weather, and you have a snowball effect for the UK roads.

Can You Claim for Pothole Damage?

Anyone who’s ever hit a pothole will have heard that horrible sudden clunk. Your car’s been crocked and you know it’s going to cost. If you’ve hit a divot or a crack and your car’s damaged, the process of filing a claim can seem daunting, and many drivers don’t know where to start. However, if the authority which was responsible for maintaining the road failed to do so properly, it is possible to successfully claim for repairs in full.

Of course, you can only claim if the authority was at fault. Potholes are inevitable, particularly in winter, so the key question is whether it could and should have fixed it before your car went clunk.

Find out more on how to claim here