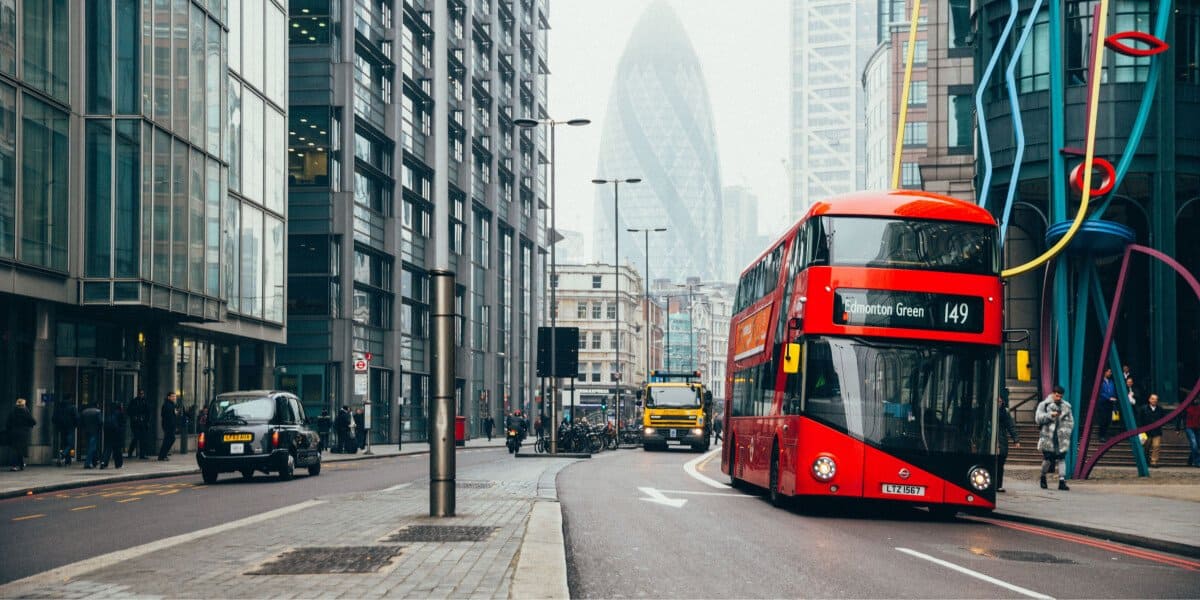 Busses are the most commonly used form of public transport in the UK with some 4,941 million journeys made in 2016/17.  Despite this, cuts continue to happen across the country – this is a problem for society.

Despite busses being the UK’s most frequently used form of transport, since 2010 local authority funding for busses has halved and thousands of services across the country have been cut.  Cuts to bus services affect everyone, but especially those with low incomes, the young and the elderly.

In England alone, the young and elderly account for 50% of all the countries bus passengers; children under 16 account for 19%, and those aged over 60 account for 25%.  With fewer and fewer bus routes on offer, this means their transport routes and access are greatly diminished.

England’s lowest income earners also make up 75% of their public transport trips via bus.  Essentially this means the lower income group make up three times as many bus trips as high income earners in the UK.  Across the country, 9% of UK households have low incomes but then have high motoring costs on top.  This makes it even more difficult to drive and many often opt for the cheaper option of the bus, despite rising fares and reduced options.

Without a way of getting where they need to be, these members of our community are essentially cut off.  The cuts highlight the importance of transport networks and how important it is to find solutions to an ever-growing problem.  The knock-on effect of not being able to get to places are increased depression and a decreased sense of well-being through a poorer quality of life.  Believe it or not humans are social creatures and without seeing our friends and engaging in the community our standard of living drops considerably – yes, even though you can now get Netflix and Facetime people half-way across the world!

RELATED:
Which Video Conferencing Software Should I Use?

As the chart from Buses in Crises above shows, funding has been slowly, and clearly, dropping throughout the country despite increased demand – certainly within London.  Almost half of all bus transport occurs in London.  It’s the rural areas which have been left behind, yet it’s these areas that are the hardest hit and people can quickly find themselves in isolation.

Despite the doom and gloom surrounding decreased bus routes it’s not all cause for alarm.  The British are good at solving problems, and as we highlighted in our report ‘3 Dangers Facing Community Transport’ – technology is one of the most cost-effective tools in solving transport problems, especially transport software.

Transport companies and service providers are starting to switch their mindset and realise that with increasing demand and increased cuts, it’s time to do more with less.  Providers are starting to look at solutions to problems rather than focusing solely on analysing the problem.  This approach is certainly the best way to go.  Already across the country community car schemes are being setup to assist with reduced bus routes, and already members of the public are beginning to share journeys to work to reduce pollution and traffic on the roads.

Anyone who has been travelling about in the mornings since mid-July, will have noticed how much quieter the roads are without the school traffic.  It goes to show you just how effective a drive to work car share scheme could be at reducing traffic and reducing emissions.  Care share schemes also reduce the time it takes to get to places as traffic jams are reduced.

RELATED:
Communicate with Ease and Control Your Data

Our recent major upgrade on Road XS had a sole focus of doing more with existing vehicles, people and journeys to reduce overheads and costs and enable transport service providers to optimise their services.

The impact of losing a strong transport network in your local community is far more damaging than the journey itself.  Poor transport networks impact the quality of relationships, quality of care, quality of health and quality of life.  Transport is as important to the economy as the Internet is because without movement, we go nowhere.